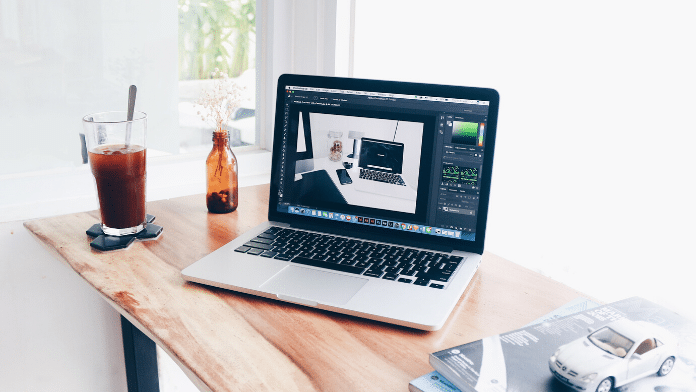 Animation movies and videos are getting popular nowadays. With the development of new animation software, animators are capable of making such awesome videos that feel real.

From 5 minutes, an animated explainer video to a full movie like Toy Story all is possible because of animation software.

As the demand is increasing day by day, it is a perfect time to have a skill of animation making. You can choose it as a full-time career and earn handsome money.

On the other hand, you can learn this skill and make animation as a hobby. It is surrounded by a lot of fun.

You might be thinking what is that software that makes this type of magic?

Well, we are going to discuss it in this post. If you are interested in making 2D and 3D animations and searching for good software then this list would be very helpful for you.

So let’s get started.

Adobe Character Animator is the newest member in the adobe family and helpful for creating awesome cartoon characters. When we first opened the software, a fully animated video tutorial will be popped up showing us how to use the program.

This is a combination of live motion-capture and multi-track recording system. You can control layered 2D puppets available in their library or drawn in Photoshop or Illustrator.

It has lip-syncing and animation of facial features such as mouth, eyes, eyebrows. You can move your face and the puppet will act accordingly.

Initially, you have a small library of characters to use for animation. You can increase that number by buying more from Adobe as add on. Otherwise, you can create and import your unique designs from Adobe’s other programs.

This software also downloaded with Adobe After Effects and also available independently. This software is compatible with Operating systems like Linux, Windows, OS X.

Synfig Studio is an open-source 2D vector graphics animation software. It is a nice software for beginners to draw small drawings or short animations. Download the latest version of Synfig Studio from their website and you are good to go.

The first thing you would notice after installing the app is the interface. It is very simple to use and one shouldn’t face difficulty to use it.

Most people draw characters elsewhere and import them to the tool. But here you can draw and animate characters in the same tool.

This tool also has advanced control that you can use to create advance animations and create character puppets.

Synfig Studio is 100% free. You can install this application on Linux, Mac OS X, Windows.

Pencil2D is a popular open-source and free 2D animation software. It uses the Qt framework in the software. The interface is similar to drawing apps, like Paintbrush. The toolbar has a brush, pencil, eraser, vector lines, fill, and five many more.

Using this app, you can start from the character design and scale up to creating full-length animations. You can adjust the animation with a timeline feature, that allows you to set how fast or slow you want to move them.

Another strong point of Pencil2D is its ability to use layers. Using this feature you can make advanced level animations. The import feature allows you to import images from other mediums and edit them in it.

Pencil2D is 100% free. You can install this application on Linux, Mac OS X, Windows.

Daz3D is a popular 3D animation making software. The main advantage of Daz 3D is its capability of creating realistic characters. You can animate, model, render, and create 3D elements using this tool and give life and motion to the characters created using this tool.

Their advanced platform called Genesis that allows you to create realistic human characters, other creatures, as well. You can also edit the size shape and appearance of the characters.

There is an extensive library of HD morphs where you would get a vast selection of 3D human figures having realistic details and body parts.

Daz3D is available with a free trial. You can check their shop to know the pricing of additional items.

Carton Animator 4 is 2D animation making software backed by Reallusion. This 2D character design and animation software are for both entry and professional users.

You can use the real-time face tracking feature with the help of any webcam via Facial Mocap Plug-in. This facial expression will instantly be reflected in the virtual characters in Cartoon Animator.

The Timeline editor in Carton Animator 4 can edit alter speeds, motion clips, and modify captured phoneme expressions. The 360 Head Creation feature can convert a 2D face into a 3D head with up to 360 degrees of motion.

This software is compatible with Operating systems like Linux, Windows, OS X.

Blender is another popular open-source 3D animation software. It is can be used in animated films, visual effects making, art design, 3D printed models and puppets. This software is also useful for making interactive 3D applications and video games.

There is a production render engine called Cycles. It is a ray-trace based path tracker engine that rendered image in 3D scenes.

Another interesting feature is known as GPU rendering. It speeds up the rendering process by boosting the Morden GPU performance. This feature is very useful for developing video games, high-end games, and 3D-heavy applications.

Blender also has a game engine that allows users to create 3D games.

This software is compatible with Operating systems like Linux, Windows, OS X.

A blender is a free tool with some premium options as well.

It provides four variants to cover a wide range of designers, 3D artists, and architectures needs.

Cinema 4D is built for beginners and seasoned professionals as well. The interface of this tool is simple and options are accessible easily. The options and the layout can be customized according to your needs and create a unique workspace.

This software is compatible with operating systems like Linux, AmigaOS, Windows, OS X.

Cinema 4D costs $59.99 per month when billed annually. You can choose the other bundle plans where you would get Cinema 4D with other tools.

Moho Pro is a 2D animation software aimed at beginners. The Latest Moho Pro 13 version has fairly clean and well laid-out. There are also a bunch of quick start videos that help you to learn the program and how to use it.

There is a frame-by-frame animation feature that allows you to edit and switch from one to another. If you have complex characters with many layers, you can animate multiple layers at the same time rather than doing them individually.

You would find a wide range of tools and brushes to enhance your drawing capabilities. It is now supporting JavaScript Object Notation (JSON) and MotionArtist file formats.

This software is available with a 30-day free trial. Moho Pro 13 software costs $399.

Animaker is an online-based animation making tool. The process of making animation with this tool is very easy and beginners can make videos instantly.

There are thousands of built-in templates that can be used directly. They also a huge library of 100M plus stock photos and videos. You can use these images and videos to make your animation videos.

There are three plans in Animaker. There is a free version that leaves a watermark on videos. In addition to that, the Starter plan costs $19 and the Pro plan priced at $39 per month when billed annually.

There is 60 effect available to create visually richer and more dynamic animations. For lip-syncing purposes, audio samples can be played simultaneously. The software will automatically mix them.

There is no drawing tool in this software. CelAction2D can import 3D CGI models and characters and can position them anywhere in a fully three-dimensional space. This can help make high-end animation videos.

You can create assets in other tools like Photoshop, TV Paint, Illustrator or Flash and import them here.

This software is available for the Windows Operating system.

The software has various animation controllers that can be used to create animation videos. 3D rendering features are also a strong point and one of them can preview the rendering.

There is a dialog tool called Material Editor. This allows users to create and edit various materials and maps in their scenes.

This software is available for Windows Operating System.

Autodesk 3ds Max is available for a free trial. Single user license costs $185 per month. There are some other plans available as well.

iClone 7 is another 3D animation and rendering software. It is widely used in 3D animation films and high-end video games.

It provides a realtime animation feature, that allows you to view your animation at the time of making. You don’t have to wait until it is rendered.

There are ready-to-use figures, puppets, and characters that can be drag and dropped into the interface and ready for you to animate. You would get many additional add-on packages where you would get some advance capabilities.

This software is available for Windows OS.

Houdini is another powerful animation and visual effect software. The functions are quite complicated and designed for pro-level designers.

It was designed for professionals working in 3D animation, VFX artists, TV series, video games, and virtual reality. It uses a node-based procedural workflow that ensures easy to explore iterations.

This software helps create powerful, customizable, reliable, and high-end production. Games like Call of Duty and League of Legends are designed with the help of Houdini.

Disney has also used Houdini software in movies like Frozen and Zootopia. HBO’s also used this tool in the making of Game of Thrones for some visual effects too.

This software is available for Windows, macOS, and Linux Operating System.

Houdini FX has a free version named Houdini Apprentice. If you want to buy the premium version then the plan started from $269.

Plastic Animation Paper is another 2D animation software. This very easy to use and beginners can start with a tool to draw various animation characters.

You can directly write on the screen without the need for a line test. All the drawings are done in high resolution so you can transform them to any size without losing quality.

Customize the Tool Bar and Speed Dial according to your needs and add your most-used functions on reachable positions.

This software is available for Windows, macOS, and Linux Operating System.

Using this tool beginners and expert level animators can make videos using their library. There are many characters, background, sound effects, animations are present in their library. You can customize them according to your needs.

The automatic lip-syncing feature helps you to make animation videos with voice. As it is a web-based tool, you don’t need to have heavy resources.

So these are some of the best animation software for beginners and professionals. Here is a list of software that you can use to get started. The best thing is, you would get a free trial in almost every tool.

If you are a beginner then I would recommend going with easy ones and then scale to advance software. On the other hand, if you are a professional animation maker then try to make an animation with an advance tool.

Install the software and check its features and ease of use. Before that, don’t forget to check the software requirements. Ready to make your first animation or adopt a new software? Feel free to tell your favorite animation software in the comment section.